Few other states could say Southern culture as Kentucky could from its original Bluegrass music to its rich Appalachian mountain ranges to the contemporary Amish and the historic Shaker communities. Here is a diverse and very rich cultural experience throughout Kentucky. Visit the pristine miles of shoreline at Land Between the Lakes, check out the Mammoth Cave National Park’s longest cave in the world, or the fibre arts in Paducah, outstanding clubs in Lexington, horse farms in Shelbyville or fancy museums in Louisville, it never ends.

Cuisine and Culture in Kentucky

Kentucky is well known for signature drinks like Derby mint julep, wine and bourbon but also home to hearty culinary heritage and innovative food dishes. It is famous for its signature dishes like fried chicken and great BBQ, corn pudding, spoon bread, burgoo and Benedictine, hot browns and country ham. It is a typical country ham like no other place on earth and in Kentucky is dry rubbed cured and not soaked which makes Kentucky ham much different in taste compared to the other states. A great barbeque in Kentucky would not include beef, but instead mutton or pork and its distinctive taste is achieved through a full day smoking in a hickory pot.

Everyone should try their won Kentucky culinary tour but the suggestions include the homemade pies from Grand River’s Patti’s 1880 Settlement, Sanders Café and Museum where colonel Sanders started his world famous Kentucky Fried Chicken, spoon bread at Boone Tavern in Berea or in Owensboro’s gorgeous BBQ at the Moonlight BBQ Inn where famous people including Bill Clinton love to eat their delicacies from Kentucky.

Kentucky’s heritage and history is diverse and here you also find famous people had their birthplace here like Jefferson Davis and Abraham Lincoln. Two other greats born here include Bill Monroe, father of Bluegrass music and Muhammad Ali. Various museums and sights are erected for people who had an impact in Kentucky’s history and culture. Obviously one is the Sanders Museum for Colonel Sanders as well as Kentucky Derby Museum, Music Hall of Fame and so much more. 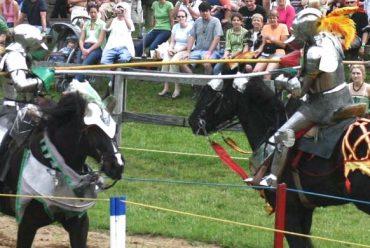